Each year, major discoveries in breast cancer research show that great progress is being made to overcome the disease. But with one in eight women in the UK being diagnosed with breast cancer at some point in her life, there is still a long way to go. 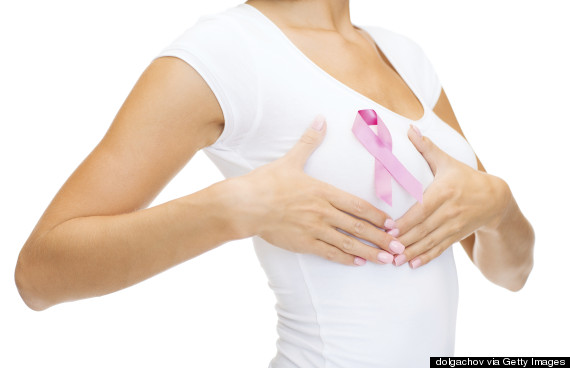 “Forty years ago, the five-year [breast cancer] survival rate in the UK was around 50%, whereas over 80% of women diagnosed today will be alive in five years’ time,” says Katherine Woods, Research Communications Manager at Breast Cancer Campaign.

“But we have so much to do. Breast cancer is still the most common form of cancer and every year around 12,000 women and 80 men die from the disease.”

Campaigns, such as Breast Cancer Awareness Month, are as important as ever, as a fund-raising tool, to ensure that we continue to add more pieces to the puzzle.

“There are still fundamental gaps in our knowledge of breast cancer diagnosis, its treatment – and support for everyone affected – that need attention,” says Woods.

“And because, realistically, research breakthroughs can be decades in the making, we need to fund both on-going research and new ideas, as well as making sure we have the most supportive infrastructure in place to turn those ideas into improved lives for the millions of people affected by breast cancer.”

Scientists face a huge task to find more effective treatments and are moving towards winning the battle against Breast Cancer with every new discovery. Here are some of the most significant discoveries from recent years.

Stopping the spread
July 2014: For the first time, researchers have shown that the molecule αvβ6 (alpha v beta 6) plays a fundamental role in helping breast cancer cells to grow and spread.

The study, funded by Breast Cancer Campaign and the Medical Research Council (MRC), also found that the molecule is a viable new target for treating one of the most aggressive types of breast cancer.

“The results of this pre-clinical study suggest that targeting the αvβ6 molecule may enhance the effectiveness of Herceptin – and that a combination treatment could be effective for patients where Herceptin alone has not worked,” said researcher Dr John F Marshall, Reader in Tumour Biology at Queen Mary University of London’s Barts Cancer Institute.

“High αvβ6 levels could be tested for in routine biopsies to identify which women are at a high risk of metastasis, ensuring these women can receive personalised treatment, improving their chances of survival,” he added.

Tricky-to-spot cancer findings
April 2014: Scientists have identified the first genetic variant specifically associated with the risk of a difficult-to-diagnose cancer sub-type – invasive lobular carcinoma – which accounts for as many as 10-15% of all breast cancer cases.

The study, co-led by The Institute of Cancer Research, London, King’s College London, and Queen Mary University of London, gives researchers important clues to the genetic causes of this particular kind of breast cancer, which can be missed through screening.

“A diagnosis of breast cancer can be devastating, particularly if it is not picked up early and the cancer is at a stage when it may be more difficult to treat. This can be the case for lobular breast cancers as they are difficult to see on mammograms” says study co-author Dr Elinor Sawyer, Clinical Reader in Oncology at King’s College London and Guys and St Thomas’ NHS Foundation Trust.

“By identifying genetic factors that result in an increased risk of lobular cancer we hope in the future to be able to find better ways of assessing the risk of developing these cancers, so different screening tests can be offered to those at high risk, as well as finding new treatments for lobular cancer,” she adds.

Over-diagnosis and over-treatment reduction
December 2013: Researchers have shown that molecule αvβ6 (alpha v beta 6)could tell doctors which cases of Ductal Carcinoma in Situ (DCIS) – a condition where non-invasive cancerous cells are contained within the milk ducts of the breast – are most likely to develop into early ‘invasive’ breast cancer.

Around 4,800 cases of DCIS are diagnosed each year in the UK. If left untreated, up to half of DCIS cases could progress into invasive breast cancer. But it is not possible to say which ones so all women are offered treatment and left with the agonising decision of whether to have it or not.

Further αvβ6 research could enable patient treatment to be stratified so that a significant portion of DCIS cases could avoid unnecessary procedures.

Professor Louise Jones, corresponding author on the study said, “Our ultimate goal is that women diagnosed with DCIS without αvβ6 could be offered active monitoring, saving them from potentially unnecessary surgery and radiotherapy.”

Seven types of breast cancer identified
October 2013: Women with breast cancer could soon benefit from new prognostic testing that identifies seven distinct types of the disease. This would give doctors more information about a woman’s likely survival so they could adjust treatment, accordingly.

For example, if a woman had a type of breast cancer that has been shown to have very good survival outcome her doctors might discuss the option of not having chemotherapy, so avoiding unnecessary treatment and side effects.

In research funded by Breast Cancer Campaign, Dr Andy Green and colleagues at the University of Nottingham, Nottingham University Hospitals and Nottingham Trent University, tested 1073 tumour samples and from these, 997 (93%) fitted perfectly into one of seven classes.

Research gaps identified
October 2013: Researchers have identified the ten critical gaps that exist in breast cancer research, which they say could see the loss of around 185,000 lives by 2030, if not urgently addressed.

The paper also identifies five key strategic solutions to these gaps to help treat and support those impacted by breast cancer – and ultimately help more women to prevent and overcome the disease.

Informed by these findings, Breast Cancer Campaign has defined a new action plan, ‘Help us find the cures’, which sets out eight key ambitions for overcoming breast cancer by 2050.

Dr Coles said, “We strongly believe that quality of life is important, as well as saving lives, as cosmetic results from radiotherapy have a real impact once treatment is finished. It’s not trivial or a question of vanity. Poor cosmetic results can affect psychological wellbeing as well leaving a physical scar. It’s a visible reminder to the woman that she has had cancer.”

Baroness Delyth Morgan, Chief Executive of Breast Cancer Campaign said, “We know the technology is in place to deliver IMRT so let’s not give women standard treatment if there is something better. Women deserve more.”

At least half of women who were prescribed a five-year course of anti-hormone treatment, in Tayside, Scotland, either stopped taking, or took markedly less than their prescribed doses from the third year of treatment.

Breast Cancer Campaign called for better measures to help support women to take the treatment for the full five years, as prescribed.

A potential alternative to chemotherapy?
July 2013: Scientists uncovered the potential for a new treatment that, unlike chemotherapy, targets only the active cells and not the normal cells. The potential treatment exploits a novel link between sugar processing in the cells and their growth and division and could reduce the risk of side effects that affect thousands of women undergoing treatment.

“Because this is an entirely new approach to treatment, the drugs we are developing could be effective against breast cancers that have become resistant to current chemotherapies,” researcher Dr Jeremy Blades.

“Unfortunately, despite great improvements in breast cancer treatment in recent years, chemotherapy-resistance eventually happens in around 1 in 5 cases (20%), and every year in the UK around 12,000 women still die from the disease.  To overcome this resistance, innovative treatments that use new approaches to stop cancer from growing are desperately needed.”

More than 450,000 women in the UK under the age of 40 are classed as being at moderate risk of breast cancer due to a family history. Their risk of getting breast cancer is between 17% and 29% compared to the general population’s risk, around 12.5.

The next phase of the project is a clinical trial of 2,800 women from across the UK to expand on the results of this analysis before a change to national and international clinical guidance can be considered.

“Targeting breast cancer stem cells takes us one step closer to better clinical options for women diagnosed with the disease and we’re eagerly looking forward to what the next stages of our investigation will bring,” said Dr Clarke.

Baroness Delyth Morgan, Breast Cancer Campaign’s Chief Executive, said, “This research is a real game changer in the fight against breast cancer. Dr Clarke has taken a crucial new step by proving that breast cancer stem cells can be targeted which will improve treatments in the future and extend women’s lives.”