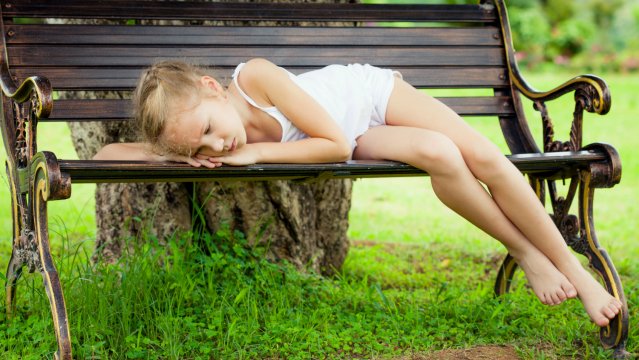 The word is out about Sensory Processing Disorders. Or at least it’s starting to be. The news, Internet, and social media are buzzing with information and articles about Sensory Processing Disorders (SPD) and it has people talking. It’s wonderful especially when as many as 1 in 20 children struggle with daily function thanks to SPD and as many as 1 in 6 experience symptoms strong enough to disrupt function. Spreading the word about SPD is crucial to helping all those kids get the assistance and accommodations they need. But just like in that childhood game telephone, when word spreads, sometimes the original idea gets a little twisted.

When things get twisted misconceptions, or myths, start popping up. So here are some common myths and the truths behind them.

Fact: It’s common for children with ADHD and Autism suffer from SPD as well, but all three of these are distinct disorders with their own diagnostic material and treatment plans. A lot of children and adults that struggle with SPD do not meet any of the criteria for ADHD or Autism.

Myth 2: They’ll Grow Out Of It

Fact: It’s possible. But for a lot of kids facing the symptoms of SPD, it isn’t just something they’ll get over. Sensory Processing Disorders can require some accommodation and therapy to help restore function. Accommodation can come in the form of buying clothes to suit sensitivities or setting up quiet zones where a child can go to escape the auditory overload. And therapy, through music and movement for example, can help reroute the traffic jams in the nervous system that cause the issues with SPD.

How to Recognize a Sensory Processing Disorder in your Child

Fact: Sensory Processing Disorders are very real. If you haven’t experienced it yourself or dealt with someone who has it, it could be easy to brush it off and say, “Everyone gets bothered by things like that. Get over it.” But these kids can’t just “get over it” and that’s when we’ve crossed over into the spectrum of these disorders. My daughter struggles with several senses, one of those being touch. She was late and even sometimes missed preschool altogether because she could not handle her clothes. I was going out of my mind. I’d be sitting next to a pile of clothes that consisted of about every article of clothing she owned and she’d be screaming and ripping at what she had on because it was so uncomfortable. These kids aren’t just experiencing mild irritation. They’re receiving sensory input just like everyone else, but their brains aren’t able to interpret the information properly so they respond with overload, or in the case of hyposensitivity, they hardly respond at all.

Fact: Sensory Processing is not a behavioral disorder. It’s a disorder with behavioral symptoms. The resistance and meltdowns are symptoms that things aren’t going right somewhere inside. Discipline, putting them in their place, telling them to stop doesn’t fix the problem. More than likely, it solidifies the child’s opinion that you’re not listening and you don’t understand. They’re not trying to get their way. They’re trying and failing to solve distress. Finding triggers and sensitivities, developing coping mechanisms, and creating positive alternatives are what’s going to help quell the resistance and tantrums. Providing soft clothes without tags, foods of the right texture, and unscented laundry detergent or soap treats symptoms of a disorder that’s causing extreme distress. It’s not about giving into temper tantrums. It’s providing understanding and some accommodation to give these kids the opportunity to find a comfortable place in this crazy world.

Fact: SPD Kids are fabulous. It’s rough when these kids are characterized by their tantrums and difficulties, but many of these kids are brilliant. Their hypersensitivities can allow them to see, hear, smell, taste and feel things in ways that we could never imagine. Or their hyposensitivities can remove some of the inhibitions that could hold them back from trying something new. With SPD, just like with everything else in life, it’s all in how you handle it. If you can take it as an opportunity to grow and expand, those limitations can become opportunities for new adventures and fun.

I Have Nonverbal Autism. Here’s What I Want You to Know