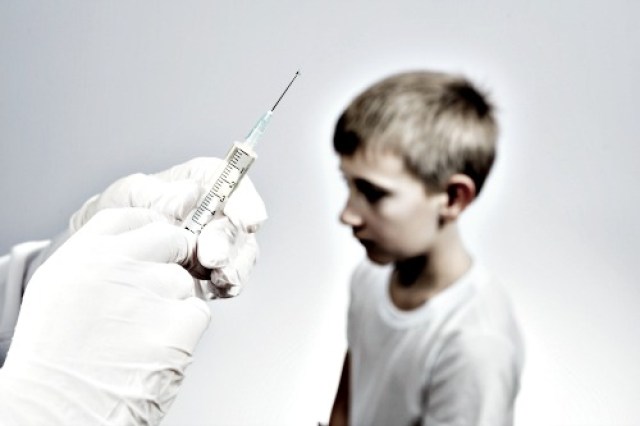 On its surface, the movie “Vaxxed: From Cover-Up to Catastrophe” appears to be a slickly produced scientific documentary with lots of charts and data about one of the most important issues of our time. The central premise of the film is that the country’s mandatory measles, mumps and rubella (MMR) vaccine – when given to children under age 2 – may be leading to an epidemic of autism diagnoses.

It contains heartbreaking footage of happy, laughing toddlers who, their parents say, became profoundly disabled almost overnight after receiving the shot. It explains the findings of a study that confirms the link and unearths recordings from a former Centers for Disease Control and Prevention scientist who purportedly claimed the government quashed findings of the connection.

But what the movie doesn’t get into is as compelling as what it does present. There are numerous facts, backstories and events that the filmmakers pretend didn’t happen that challenge many of the main points of the film. Here’s what you need to know to put “Vaxxed” into context:

• ONE: The most important thing to know is that the link between vaccines and autism has been debunked – widely and repeatedly. The original study that raised the issue was published in 1998 in the journal the Lancet and involved 12 patients who, after receiving the MMR vaccine, suffered ill effects that appeared to be autism. While many researchers were skeptical of the finding, panicked parents in both Great Britain and the United States pushed vaccination rates down sharply. Outbreaks of the measles, mumps and rubella on both sides of the Atlantic soon followed.

In 2004, Sunday Times journalist Brian Deer reported serious ethical violations by the 1998 paper’s lead author, gastroenterologist Andrew Wakefield. Deer accused Wakefield of having been paid by a law firm that had been planning to sue vaccine manufacturers and of subjecting some of the children to unnecessary, invasive procedures for the study. After the revelations, most of the researchers named as co-authors in the study disavowed the findings and withdrew their names from the paper. In 2010, the Lancet’s editors retracted the paper. Three months later, Britain’s General Medical Council revoked Wakefield’s medical license.

In 2011, the British medical journal the BMJ published a detailed investigation into the research, calling it an “elaborate fraud” by Wakefield and lamenting the harm it had caused and would continue to cause to the public health.

“It’s one thing to have a bad study, a study full of error, and for the authors then to admit that they made errors,” BMJ editor-in-chief Fiona Godlee told CNN at the time. “But in this case, we have a very different picture of what seems to be a deliberate attempt to create an impression that there was a link by falsifying the data.”

• TWO: The director of “Vaxxed” – and the main expert who appears on camera – is that same Andrew Wakefield.

• THREE: Actor Robert De Niro, who has an autistic son, originally lobbied to put the film on the schedule for the Tribeca Film Festival in March. But several days later, he said he had a change of heart.

“My intent in screening this film was to provide an opportunity for conversation around an issue that is deeply personal to me and my family,” he said in a statement. “But after reviewing it over the past few days with the Tribeca Film Festival team and others from the scientific community, we do not believe it contributes to or furthers the discussion I had hoped for.”

• FOUR: One of the main figures in the film, CDC scientist William Thompson, is heard only in voice recordings. Those recordings, the movie discloses, were of phone conversations Thompson had with another researcher who secretly recorded the calls. “Oh, my God. I cannot believe we did what we did. But we did,” Thompson says at one point, purportedly about omitting findings confirming a link between the MMR vaccine and autism from an official 2004 report.

Thompson has remained silent on the matter, but the other researcher, biologist Brian Hooker, has released a statement saying that Thompson would be publishing a paper soon that shows no link between the MMR vaccine and autism in African American males after all.

Hooker said he is “suspect of any analysis coming from the CDC due to the historic nature of the agency’s scientific misconduct and conflicts of interest specifically around any link between vaccines and autism.” He also detailed his conversations with Thompson:

“Dr. William Thompson, senior scientist at the Centers for Disease Control and Prevention (CDC) contacted me during 2013 and 2014 and shared many issues regarding fraud and malfeasance in the CDC, specifically regarding the link between neurodevelopmental disorders and childhood vaccines. Dr. Thompson and I spoke on the phone more than 40 times over a 10 month period and he shared thousands of pages of CDC documents with me. Eventually, Dr. Thompson turned this information over to Congress via Rep. Bill Posey of Florida.”

• FIVE: While the issue of vaccines and autism still comes up regularly – as it did when presidential contender Donald Trump mentioned his belief in the theory in a debate last year – most scientists consider the connection between vaccines and autism to be discredited. Dozens of top journals – including the New England Journal of Medicine, the Journal of Pediatric Infectious Diseases and the Journal of Autism and Developmental Disorders – have published papers that looked into a possible link and found none.

A study in JAMA in April 2015 was one of the largest; it involved an analysis of 96,000 children. The authors wrote that their findings “indicate no harmful association between MMR vaccine receipt and [autism spectrum disorder] even among children already at higher risk.”

• SIX: While experts still don’t know what causes autism, it is thought to be a combination of genetic and environmental factors such as infections or exposure to certain chemicals that may lead to differences in the shape and structure of a child’s brain. According to an estimate by the CDC published last year, 1 in 45 (or 2.24 percent) of children age 3 to 17 may have autism – a steep rise over the past few decades. Researchers have theorized that part of the rise could be attributable to a greater awareness of the condition. The CDC said the most recent jump from 2011 to 2014 may have a very mundane reason behind it: a change in the questionnaire the agency uses to track cases.

• SEVEN: Movie critics have come out with very different takes on the film. The San Francisco Chronicle’s Mick LaSalle appeared to be moved by the footage and personal stories of the children and their parents. “Of course, it’s possible that the children would have developed autism anyway, and that one event didn’t cause the other. But the parents presented here are convinced otherwise,” he wrote. While acknowledging that the film “doesn’t contain the whole story,” LaSalle called it “a passionate advocate for its viewpoint . . . that makes for compelling viewing.”

Other reviewers weren’t so generous. The Washington Post’s Michael O’Sullivan called it “closer to horror film than documentary.” Stat’s Rebecca Robbins commented on the film’s “paranoid tone.” The Age’s Sarah Gill warned: “Don’t be fooled – Wakefield’s story is not the tale of a man wronged by powerful corporations or the medical establishment, which, in fact, closed ranks to protect him. It’s the story of a physician who set out to cast doubt on vaccine safety before he’d even gathered the evidence, and he did so not for the public good, but for private gain.”

20 Things You Can Expect After Brain Surgery:Term Life

African American Women And Uterine Fibroids: Why More Awareness Is Needed To Overcome This...

8 Things Never to Say to Someone with Chronic Pain