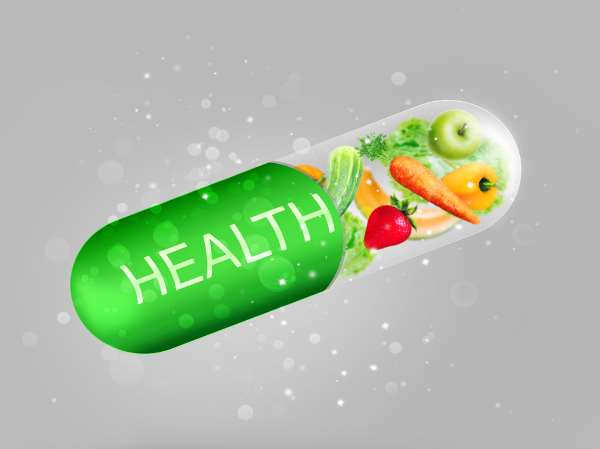 ADHD, short for Attention Deficit Hyperactivity Disorder, is a common chronic disorder of childhood, affecting an estimated 4 – 12% of all school-aged children. This condition is more common in boys than in girls, by a ratio of 3:1.

ADHD often carries over from childhood into adulthood. In both children and adults, the condition is characterized by inattention, hyperactivity and impulsivity. These characteristics include a variety of behaviors that interfere with the tasks of daily living, causing problems in the classroom, at home, in the workplace and in relationships for those diagnosed with ADHD.

ADHD sufferers also are prone to problems with addiction, time management, organization, concentration, and self-esteem. In other words, the symptoms of ADHDmake it difficult for the ADHD sufferer to control his or her behavior and to live a normal life.

ADHD: What Is It?

ADHD is one of the most common behavioral disorders in childhood, yet it often continues through adolescence and the teen years right on into adulthood.

Most young children are considered to be a “handful” at times, especially when they are over stimulated or excited or when they act impulsively, without thinking. And lots of children find it hard to pay attention, particularly if they have other things on their minds or they are easily distracted. Some even have trouble completing simple tasks because they’d rather be outside playing than inside doing homework.

Yes, all children act this way some of the time; however, children with ADHD act this way most of the time and in different environments (i.e., home, school and in social situations), causing them to get into frequent trouble and to be teased and made fun of by their peers.

The three main characteristics of ADHD are inattention, hyperactivity and impulsivity. Sounds as though this could describe any young child, doesn’t it? After all, most children go through periods when they’re restless and can’t sit still, or they daydream, or they act without thinking. But with ADHD, these behaviors are more frequent and severe; a qualified professional needs to perform a thorough examination and evaluation to diagnose ADHD correctly.

Let’s have a look at ADHD symptoms, by category:

Most children and adults fall into one of the following three ADHD types:

Sound complicated? You bet, ADHD is a complicated and challenging condition that affects everyone involved, parents, teachers, spouses, employers, employees, friends, and relatives – even strangers at times. It’s important to realize that ADHD is an illness; the adult or child with ADHD doesn’t choose to act out.

You can’t sit around blaming yourself when you have a child who needs your love and support.

Unfortunately no one is sure of the exact cause of ADHD. It does seem, however, to have some type of genetic link because most ADHD sufferers have a close relative who also is diagnosed with the condition.

It’s important to realize as the parent of a child with ADHDthat generally nothing you did, or did not do, caused your child’s condition. Therefore, your response to the diagnosis of ADHD in your child should never include guilt, even if you have ADHD as well. Genetics doesn’t pick and choose; it just is!

To date, most medical researchers have concentrated on the brain when looking for clues as to the causes of ADHD. Several possible causes, other than genetics, include:

Many people who are diagnosed with ADHD also suffer from other co-occurring conditions, such as dyslexia, anxiety, depression, bi-polar disorder or other conduct-related conditions.

How is ADHD diagnosed? Well, there is no specific blood test, MRI or X-ray available to diagnosis it; rather the diagnosis is made by taking information from many different sources into consideration, assessing it, and then arriving at a conclusion.

A parent might notice that their child has difficulty completing chores and listening to directions. On certain days, he may be in constant motion, running around the house with boundless energy, jumping, climbing and unable to sit still even to eat lunch.

The child’s teacher may notice that the child has problems taking turns in the classroom or waiting in line for the bus. He also shouts out an answer to a question even before she has finished asking it. His desk is always a cluttered mess, with things falling out on the floor all the time. At times he sits quietly daydreaming or staring off into space, while at other times, he can barely even sit still and wiggles constantly in his chair.

After some time, the teacher calls the parent in for a conference to discuss the child’s behavior. When the two meet and put their heads together, patterns begin to emerge. The school counselor or a child study team may be called into play to make an assessment. After performing several tests, ADHD comes up as a possible diagnosis.

All of this information is then taken to a medical professional who is well-trained in the diagnosis of ADHD. This professional may sit down with the parents/school staff to gather some additional information, including:

In addition, the specialist will also request a thorough medical examination to check the child for any existing medical conditions.

Finally, the specialist needs to look at how, whether and to what extent the child’s actions and behaviors are affecting his relationships at home, in school, in social situations and with peers.

It is only after linking all these “puzzle pieces” together and evaluating the picture as a whole that an accurate ADHD diagnosis can be made.

Treatment of ADHD is often subject to debate, but it usually involves some type of behavioral therapy provided by a psychiatrist, psychologist, social worker or other mental health professional, medication or a combination of the two.

Therapy for ADHD can include:

Medication for ADHD generally involves the administration of prescription stimulants, known as psychostimulants, which can help to boost certain neurotransmitter levels in the brain (See related article, ADHD Medications Are Controversial and Risky; Try Natural Instead).

Other ADHD medications, including antidepressants, may be used when psychostimulants don’t work or other psychiatric illnesses are present as well.

The major problem with psychostimulants, such as Adderall, Concerta and Ritalin, is their side effects, side effects that are even more pronounced in younger children who take them (See side bar to this article, ADHD Medications: Potentially Addictive with Risky Side Effects!).

Other problems with ADHD medications? Their effects generally wear off quickly and accurate dosing can be “hit or miss” until the correct dosage is finally “hit” upon.

If you’re the parent of a child with ADHD, hopefully you know about the side effects ofADHD medications. Maybe you’re not concerned because they seem to be fairly few and far between, and few children seem to be affected. It really doesn’t matter too much because your child’s behavior is “controlled” now, and that’s one less headache you have to deal with.

So what’s the solution? Is there a natural, side-effect free way to help your ADHD child behave without medication? Are you as willing to try something that’s risk-free as you were to put your child on medication that is riddled with potentially dangerous side effects?

If you are willing to look at a proven alternative to risky medications for ADHD, then please, read on…

What if you heard about an all-natural alternative to ADHD medications, an alternative that has helped many children and adults with ADHD to function more normally, without medications that are short on relief and long on lists of possible side effects? If you knew about a healthy and natural approach, would you be interested?

Of course you would and we’re here to tell you that this alternative already exists; it’s not being tested and your child won’t be a laboratory guinea pig. The alternative with a proven track record for reducing the symptoms of ADHD and the need for risky medications is chiropractic care. Yes, chiropractic care.

The sponsors of ChooseNatural.com are chiropractors who are specially trained to locate and correct spinal misalignments that are known to cause nerve interference in the body. This nerve interference can seriously compromise communication between the brain and the body, resulting in all different types of conditions and illnesses, including ADHD.

Since nerve interference is the result of spinal misalignment, how do spinal misalignments occur? Your spine can become misaligned due to head trauma, such as a fall, an accident or injury or even during the birth process when pressure is exerted on a baby’s delicate neck and spine.

Spinal misalignments cause nerve dysfunction, and when nerves fail to function properly, the body becomes weakened and dis-eased in some way. This occurs because a vital communication link is compromised and is “out of order, ” so to speak.

When a chiropractor removes nerve interference in the body by realigning the spine, the body is then capable of healing itself back into proper working order, without your having to take medications that have harmful and risky side effects.

But Does It Work With ADHD?

Of course! We wouldn’t be telling you all about it if it didn’t! And the thing about chiropractic care is that it doesn’t just ease symptoms, it goes right to the source of the problem and addresses the cause of your child’s ADHD. Chiropractors look to find the cause of ADHD in your child’s body so that, once the problem is addressed, the symptoms are eliminated and so is the need for medication.

And what does the research show? Well…one study compared chiropractic care to drug treatment in children with learning and behavioral problems. The results were impressive – chiropractic care was found to be 24% more effective than commonly used medications.

Case study after case study and testimonials available in our sponsors’ offices bear out the same results – that chiropractic care is effective in reducing or even eliminating many of the behaviors and characteristics associated with ADHD, in both children and adults.

Although no one can guarantee specific results, our sponsors will permit you to read testimonials from the parents of their ADHD patients that tell the stories of tremendous improvement in their children’s ADHD symptoms after receiving chiropractic adjustments.

If you want to try an all-natural alternative to deal with ADHD, pick up your phone and speak with one of our compassionate and caring sponsors today. That one call could be the start of a whole new life for your child and for your family.

Many health care providers, school psychologists and teachers recommend the use of ADHD medications to control ADHD symptoms. However, the potential side effects of these Schedule II controlled substances (amphetamines) are risky and dangerous.

We’ve listed some of the more frequently prescribed ADHD medications and the potential side effects of each.

10 Ways To Do A Low Carbohydrate Diet The Right Way