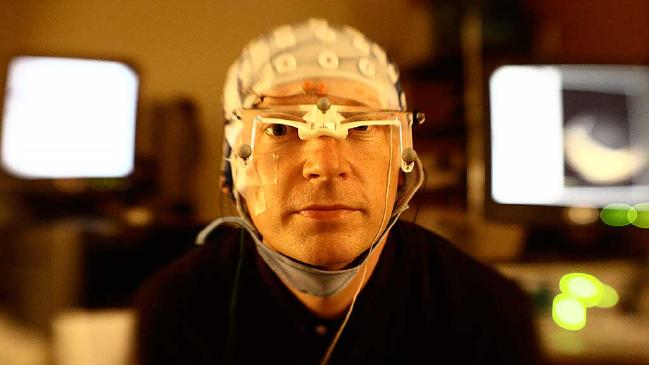 ZAP your brain? You must be crazy!

That’s a common reaction when people hear that I volunteered for a series of neuroscience experiments in which scientists used high power electromagnetic fields to induce tiny electrical currents in the circuits of my brain, in an effort to help me see emotional cues in other people.

It wasn’t just scientific zeal that made me do it. There was a vaguely defined but powerful hope of “making myself better.”

You see, I’m autistic, and as much as I appreciate my autistic gifts, I’ve always had a hard time connecting to people. The scientists running this particular experiment were truly speaking to something that had bothered me for years. Would it actually work? I didn’t know, but I was willing to give it a try.

I took part in the experiments in 2008, 2009, and 2010. Six years later, I remain powerfully changed, mostly for the good. That said, it was quite a wild ride from the labs of the Harvard neuroscientists to where I am today.

The technology is called transcranial magnetic stimulation, or TMS. TMS is a tool that is used by neurologists to explore the brain, and it’s a therapy used by clinicians to treat depression, anxiety, migraine, and a few other conditions. TMS has been around for more than 25 years, but hardly anyone had heard of it. Until now.

For the first time in the history of medicine, TMS offers the possibility of finetuning the brain, by enhancing or inhibiting areas as small as 1 per cent of the brain mass. And this can be done safely and noninvasively, while we are awake and conscious.

The possibilities for the technology are mind-blowing. We may soon be able to suppress epileptic seizures before they take hold. We may be able to change plasticity, and give some intellectually disabled people the ability to learn independent living skills. Right now, doctors are testing TMS to suppress the cravings of addiction, and the tremors of Parkinson’s.

Dramatic as my own experience was to me, some of these other applications are even more transformational. Some will be lifesaving.

John Elder Robison with the Harvard scientists helping to rewire his brain.Source:Supplied

HOW DOES IT WORK?

Your brain is an electrical organ. Think of it as a biological computer with 86 billion neurons — far more complex than any man-made computer. Each neuron is like a simple microprocessor. Like the wiring in a computer, your neurons are interconnected with trillions and trillions of microscopic wires called axons and dendrites.

Here’s the really fascinating thing about all that wiring: It is all subject to change, through a process neuroscientists call brain plasticity. Plasticity is how your brain changes itself to adapt to the ever-changing circumstances of life.

If you practice the piano, your brain finetunes itself and you get better. If you start driving a cab, other parts of your brain will build a city map to help speed you from place to place. Almost anything we do has the potential to make tiny changes in our brains.

The changes make things happen faster. When that means we become whizzes at math, that’s great. When the changes help us slide into crushing depression at the drop of a hat, that is not so good. Scientists call those unwanted brain changes maladaptive. One of the great questions of psychiatry and neuroscience is how (and if) such changes can be reversed.

In an effort to solve that problem, pharmaceutical chemists began looking at the chemical properties of people who were happy and sad. They saw differences, and devised chemicals that could shift the balance. When those chemical balances were altered, the electrical properties of the brains were changed. That’s how the current generation of antidepressants were devised.

Great as they are for some people, others are really bothered by the side effects.

To explain side effects, imagine your car is low on oil. Consider how that one issue might be compared to a region that’s out of balance in your brain when you are depressed. When you take a pill to fix that one area, the drug goes everywhere — throughout your body, through the bloodstream, and all through the brain. It’s like pouring gallons of oil over the car, hoping some will get into the engine. The rest of the oil — it makes a huge mess. And those are the side effects.

With chemicals, that is the best we can do. New energy therapies like TMS can be targeted a lot more precisely.

To return to our analogy, TMS works by targeting the area that’s low on oil. TMS therapy is aimed at small parts of the brain, leaving most of your neurons and wiring untouched. We didn’t know enough about brain function to do that when the first psychiatric medicines were developed, but today we can look at the brain as we do tasks, and if we find an area that seems to be working abnormally, we can target it with TMS and quickly see what changes.

That led to the first clinical uses of TMS — depression, anxiety, pain relief, stroke recovery; and it’s pointing scientists toward a myriad of new uses for tomorrow. One of those may be discovering hitherto unknown pathways in our minds.

The experiments I took part in switched on the ability to read emotional cues in other people. After the stimulation I was also able to feel emotion from written material, and from music and the television. Those changes truly rocked my world.

But that’s not all they did. The speed with which the changes came on — hours after the stimulation ended — mean the ability to do those things was latent in my brain. In other words, the wiring was already there.

TMS did not create it; it merely brought it to life.

That has profound implications for how we understand autism, and the structure of the brain.

We have just scratched the surface with the technology and understanding of today.

Some Iowa families don’t have insurance for autism treatment