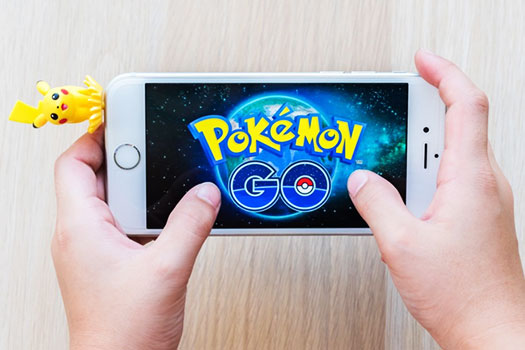 Even though we are less than a week into the game, it seems certain that this game is a phenomenon that is going to be growing and reaching spheres of impact in ways that we perhaps can’t yet foresee. – Craig SmithLondon, UK (Scicasts) – Emerging evidence from around the world suggests that Pokémon GO is helping children and teenagers with autism combat anxiety and engage in social interactions.

Pokémon GO, which has taken the world by storm in the past few weeks, is a new Nintendo game which uses ‘augmented reality’ – a mixture of the real world and the gaming world – to let players catch Pokémon, virtual animals or monsters, in real places through their smart phone GPS and cameras.

Some autistic people have said that it can make starting conversations easier because they enjoy talking to others about Pokémon GO. Some parents of autistic children have also praised the game, saying that their children really enjoy going outside and playing it with others in the playground.

Danielle, mother of an autistic son was among the first to report on Facebookthat her son Ralphie is going outside, walking the dog and passing strangers without having a meltdown.

“I finally introduced Ralphie to Pokemon Go tonight. She was right. This thing is AMAZING. After he caught his first one at the bakery, he was shrieking with excitement. He ran outside to catch more. A little boy saw him and recognized what he was doing. They immediately had something in common.”

“I have never been able to look people in the eye ever, and I always get too afraid to even say thank you to a cashier, as much as I want to,” she writes. “For the past 2 days, I have been outside 14 hours each day, when usually I sit inside and play video games on my computer. During these two days, I didn’t feel afraid when I told people that I had found a Bulbasaur earlier or something like that. I even held (and started) conversations and I have never been able to do that before! I could look people in the eye and not feel afraid.

“I went to Starbucks and I could quickly respond to the barista and look her in the eye, and say thank you! I know maybe these are simple things that most people can do, but for me these are a struggle, and I’m very proud and happy with myself.

“I am glad this game exists, because I don’t know if I would ever find a way to experience this.”

7 tips for disciplining children with autism

7 Things to Know about Aspartame, Phenylalanine, and Those Scary Warnings on Soft Drinks-Term...