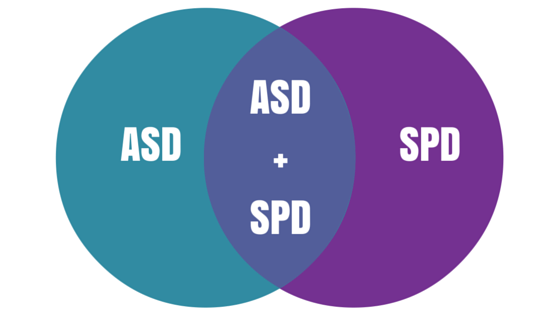 I’ve written this blog post over and over and over again in my head. Until now, I haven’t actually posted it because it’s not entirely my story to tell. My son is the main character in this tale and I hope I honor him in sharing with you today. Maybe you’ll find answers here today too.

Almost exactly six years ago I gave birth to my second child, a beautiful baby boy. Within the first few hours of his life, he yawned and I saw dimples. Dimples! You expect 10 fingers and 10 toes, but those dimples! He had my heart that day.

It is such an honor to be a mother and there are very few things sweeter than an infant — your infant. I held him and inhaled him. Oh, this boy of mine!

Quickly my blue-eyed baby became a “hard” baby. I hate to label him. I’m not sure I even knew how tough he was at the time. I just came to realize how “easy” my daughter had been. My little man had a bad case of reflux. He ate and puked all day. I nursed him and re-nursed him continuously. He could only fall asleep at the breast or with my husband rocking him in a dark room while he sang “Battle Hymn of the Republic” — true story. My Little Man only stayed asleep in his swing, having it rock him all night long.

As a toddler, we struggled with temper-tantrums. These temper-tantrums were overboard and extreme. Everything sent him over the edge: his hair cut, his nails clipped, his teeth brushed, his shoes on, even holding him the wrong way. I had to cut his toast the right way and stir the chocolate milk correctly. He craved anything sugary, spicy or crunchy.  I’d find his little 3-year-old body scaling the pantry to reach what he wanted. I put a lock on the pantry.

I worried about him playing with friends. There was frequent bitting and hitting. He was kicked out of nursery class in church once.

I thought we was “just a boy” and tried to have the energy and patience I needed to be his mom. Then I had my twin sons. The two of them together were easier than my first son.

As a preschooler, he couldn’t keep his hands to himself. He was constantly getting into trouble and bothering people. He understood the concept of personal space, but could never apply it. His amount of energy was intense. I’d try to rough house with him but that wired him and I couldn’t bring him back down, it made the rest of the day so tough. Eventually, I stopped engaging him. (So sad that I checked out like that.) I could only get him to hold still and keep his hands to himself with the video game Minecraft or a science-based television show.

He was always getting into trouble. I felt like all day long we argued and yelled and screamed at each other. Which is sad, because he’s such an amazing kid!

He has this sparkle in his eyes! He loves meeting new people and making friends. He’s great at soccer and passionate about the environment.  Oh, and he’s so smart! He learns in huge chunks and goes crazy for dinosaurs. He can tell you anything about the Triassic, Jurassic, and Cretaceous periods. He knows amazing details and facts about animals. He first learned his colors in Spanish and has been doing math in his head for years!

I remember I took him in for his kindergarten shots. I had him and his 2-year-old twin brothers in the room. The doctor came in to try and talk with me, and my son was bouncing around the room like a caffeinated monkey (not that I actually know what a caffeinated monkey acts like, but I’m sure my son resembled one that day.) The doctor and I could barley even keep a conversation. He looked at me with worried eyes and said, “are you concerned about how he’ll do in school?”

He has an August birthday and we had already kept him home and extra year. He was going to a nice preschool to help prepare him. Yet he hated school and hated to practice writing or coloring. He could site read but had a hard time just sitting still and concentrating on reading (yet he could concentrate on a science documentary for hours). I’d read books about Parenting With Love and Logic and 1,2,3 Magic! I’d tried enrolling him in karate, but since he tried to hit his sensei, we decided that was not the best place for him.

His preschool teacher told me (only during the very last month of school) how difficult he was in class and how disrespectful he constantly was to her! (I had asked her every week how he was doing! Why had she not said something sooner — I thought we were making progress.)

Of course I had concerns about Kindergarten. And now kindergarten started in 6 months and he had not “out grown it” like I thought he might. But no one really had any answers.

One Sunday my brother and I were talking about our kids. I mentioned my concern and wondered if maybe my son had ADHD (it runs in the family), though I didn’t actually think he did. Or maybe he was bi-polar, though I wasn’t sure that was it either.

But why couldn’t I get him to keep his body to himself? Why was he always too rough with everyone around him? Why would be be sweet one minute and fiery angry the next? Why did he throw temper-tantrums like a child half his age? And how was I really going to send him to Kindergarten without setting him up to fail in the public school system. I could handle an angry little bully at my kitchen table during breakfast but I couldn’t expect a teacher to deal with that in the classroom. And what if he hit his classmate like he always did his sister?

A few days after that conversation with my brother, my brother found a website about something called Sensory Processing Disorder, and sent me a text, urging me to check it out. When I did, the site was screaming my son.

Sensory Processing Disorder, according to the SPD Foundation, “is a condition that exists when sensory signals don’t get organized into appropriate responses.” I quickly learned that we actually have SEVEN senses: sight, smell, taste, tactile, hearing, vestibular (watch this video by Brain Highways about vestibular) and proprioceptive (watch this video about proprioceptive by Brain Highways). And kids can be sensory-seekers or sensory-avoiders. You can even be a sensory seeker for certain senses and a sensory avoider in others.

Fast forward a few months and eventually my little man was diagnosed with moderate Sensory Processing Disorder (here’s a simple checklist if you’re curious). He’s a sensory seeker and needs lots of extra sensory input in textile, proprioceptive and vestibular senses. BUT we have to get it just right — it’s called a sensory diet.

The week we did his occupational therapy wrong (we didn’t know any better yet) and gave him vestibular input first and heavy work second was beyond awful!  I knew we were in trouble because he was experiencing sensory overload before we even left the gym. His eyes glossed and his attitude changed. I couldn’t snap him back for nearly a week.

For example, during that week I took him to the grocery store and and he had 6 physical fights with his sister and 3 total meltdowns. I’m talking the big ugly meltdowns. You know you’ve seen it and thought, “that crazy kid is out of control; can’t his mother control him?” Well he was that crazy kid and I was that mother. And the answer is: “no.” I could not control him. I didn’t stand a chance.

One tantrum he was literally screaming like a toddler, sitting on the floor in the middle of the isle, everyone walking around him. (Did I mention it was a busy Saturday?) He was steaming mad because he didn’t get to pick his flavor of applesauce.  The next tantrum I tried to stop before it got crazy by dropping down to the ground, the canned fruit beside me, and grabbing him and holding him tight. Sometimes deep pressure can help him. This day it didn’t do any good. I’m sure it was quite the site to see: me pushing my cart, purse and all, to the side and grabbing him and pinning in the corner, squeezing him and rocking him while he screamed threats at the top of his lungs.

That week from h#!! was full of lots of tears, his and mine. But in a crazy way, it’s so nice to know there is a “reason” for so much of his behavior. SPD explains so much.

I’ve read a lot more parenting books but now they are the kind that can actually help him. He sees an occupational therapist and we’re very focused on “heavy work” and “routine.” We discovered the lycra swing is amazing for him and a little wheel barrow racing or crab walks makes a difference too. It’s still a guessing game to figure out his sensory diet but we’re doing pretty well.

For almost two weeks, the dynamic, funny, amazing boy that I fell in love with all those years ago has come to play — consistently and everyday. For the first time in nearly six years he’s consistently sleeping in his own bed, even falling asleep on his own!  Seriously, that’s 5 years and 11 months that he’s struggled to sleep (and that means we struggled to sleep well too.)

But the part that makes me cry and beam with pride: his kindergarten teacher says he’s doing amazing!

We still have meltdowns but they are age appropriate. He still fights with his siblings but they are normal fights. And we still can have bad days when we mess up his sensory diet. Everyday we work on setting him up for success but my heart sings knowing how far we have come…hundreds of prayers later.

I speak my son’s language now. I finally understand him in a way I never did before. I see the world more like he sees it and I’ve fallen in love with my little boy all over again! He is my light and my joy. He brings humor and brilliance to my life like no one else can. My heart sings.

10 Things Adults Should Know About Their ADHD Medications