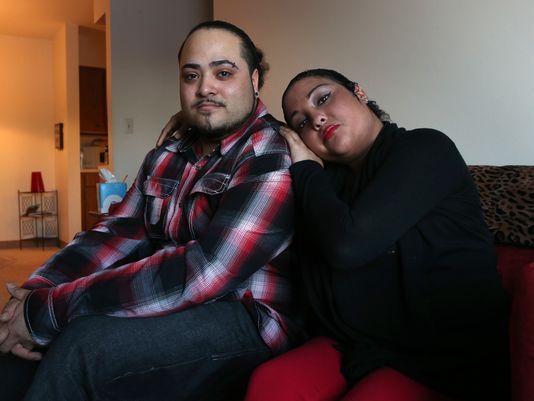 We’ve all heard that warning in Viagra and Cialis commercials, but what exactly is the problem? How bad could having an erection for that duration be? Pretty bad, as it turns out. ‘Priapism’ is the condition in which a person’s erection does not go away and it can be pretty darn painful. And in case a few of you out there are still snickering with thoughts “4 hours for an erection; wow… takes me to the nearest women’s prison!” consider this: Doctors consider it a medical emergency. But why? It’s just an erection! What’s the fuss? Well, while it’s true that there are really only a few problems explicitly caused by priapism, the condition itself can be indicative of other major medical complications.For one thing; priapism can cause penile gangrene. A quick Google Image search will show you why you don’t want gangrene on your penis. This disorder can cause oxygen deprivation damaging penile tissue because blood has stayed in the penis for too long. Though, to be fair, that’s the extreme, and will only happen if the penis suffers from vascular disease, which is an illness where the blood vessels are too narrow. Still, even if it doesn’t become gangrenous, it can still lead to deformation of the penis and erectile dysfunction. Better take some erectile dysfunction medication for that, right? No!

Why? To answer that, let’s respond to the question: what causes priapism? A lot of things actually, although the main sufferers are people with Sickle Cell

Anemia. In fact, over 40% of people with SCA develop priapism, and that’s not only men. Women can also develop it, though it is obviously different from the male version. Females will involve erection of the clitoris. As to why people with Sickle Cell Anemia are so likely to contract priapism, it’s quite simple. Sickle Cell makes it difficult for the blood to flow out of the penis. So if you get an erection, the blood can just stay there due to a blockage.

That would be Nonischemic Priapism, which is usually painless (note: that does not mean it isn’t dangerous). Ischemic Priapism is caused when too much blood flows into the penis. What’s the difference between the two, other than that? Ischemic lasts more than four hours or is on and off (without stimulation) for more than four hours (this is known as stuttering priapism), a hard penile shaft but a soft head and general discomfort in the penis. Nonischemic lasts at least four hours (though if you have an erection that lasts for ALMOST four hours then goes away, definitely still go to the doctor!) and a standing but not particularly hard shaft.

There are many, many causes of priapism, though pretty much all of them have something to do with medicines or chemicals that alter your blood in some way. For example, erectile dysfunction medication (whether they are taken orally or injected, you can get it either way), blood thinners, blood clots, leukemia and thalassemia. However, there is a lot of stuff that can cause it that you wouldn’t normally expect. For example, antidepressants, rabies, Fabry’s disease, drugs used to treat psychotic behavior, drinking too much alcohol, marijuana, cocaine, spinal cord injuries/legions and even venom. Scorpion venom, black widow spider bites and Brazilian wandering spiders have all been known to cause priapism with their venom. And that’s not all. Priapism can be caused by any number of diverse medications to treat mood and nervous issues.

So, is there a cure? Well, considering the episodes of priapism are usually caused by other things and it isn’t just a standalone illness, yes. The main way to halt priapism is to deal with the thing causing it. If it’s a side-effect of medication, getting a prescription for a different medication could help. If it’s been caused by spinal cord injury or lesions, getting that looked at (depending on the severity, it may not be something you can fix) and treated in some way can help. The bad news: African American males as a group tend to practice “crisis care” when it comes to treatment of diseases; which by and large means they tend to visit a doctor only when something hurts.” This dynamic has got to change in the African American community to move effective health care into the 20th Century.

The good news is…there is hope! Can a cure for SCA be right around the corner? You bet! Twelve people have already been cured with a new stem-cell treatment developed by the University of Illinois Health and Science System. The first person this procedure was performed on (and therefore the first person cured of Sickle Cell Anemia ever); was 33-year old Chicago woman Iesha Thomas. Previously, chemotherapy was the only way to deal with SCA, and that was by no means a cure. So, consequently; there is definitely hope for those with priapism. Even if there isn’t an outright cure, you can still get treatments like blood transfusions and shunts to deal with it. Remember consult your physician for the treatment best suited for your needs.

25 Things Only Someone with Bipolar Disorder Would Understand