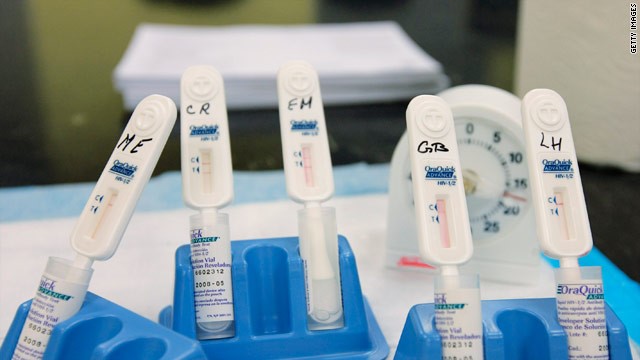 Today is National HIV Testing Day! Did you know that among all women diagnosed with HIV in 2014, about 62% of them were African American, 18% were white, and 16% were Hispanic/Latina? Do you know your status? Why not make today the day you learn your status?I know many of you probably saw the news story about the woman who ran over her boyfriend when she learned his HIV status. Unfortunately, she did not have the information to protect herself. MAKE KNOWING YOUR (and your partner’s) HIV status a priority!

June 27 is National HIV Testing Day, a day to get the facts, get tested, and get involved!

Around 1.2 million people in the United States are living with HIV, and one in eight people don’t know they have it. Nearly 45,000 people find out they have HIV every year.

When I first began my career in public health back in 1985, the world was only beginning to understand the public health crisis we have come to know as HIV/AIDS. Back then it was a death sentence with few treatment options and not enough known about how to protect yourself. HIV testing was a 2-3-week process and most folks found it really hard to live while they were waiting for their test results.

Today things are a lot different.

More than 90% of new HIV infections in the United States could be prevented by testing and diagnosing people living with HIV and making sure they receive early, ongoing treatment.

What Can You Do?

Get the Facts. Learn about HIV, and share this lifesaving information with your family, friends, and community. Tell them about the importance of making HIV testing a part of their regular health routine.

Get Tested. Knowing your HIV status gives you powerful information to help keep you and your partner healthy.

CDC recommends that everyone between the ages of 13 and 64 get tested for HIV at least once as part of routine health care. People with certain risk factors should get tested more often. Learn what those risk factors are and how often you should be tested.

To find a testing site near you:

You can also use a home testing kit available in drugstores or online.

Tell Your Friends. Share this post with your sisters, girlfriends, co-workers-anyone that is sexually active and not sure of her status.

She’s doing it. You can do it too!

Caring for Michael 13 Rules of Survival with Asperger’s Disorder