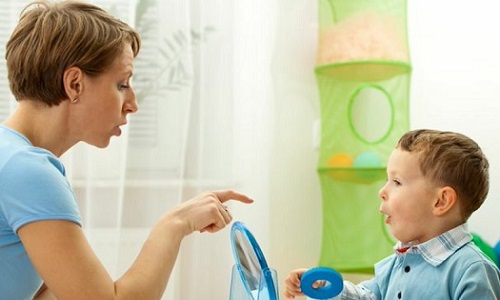 One in 68 children in the United States has autism spectrum disorder, a rate that has increased significantly since the 1980s, yet many people still do not understand the disorder. Diagnosis has changed since clinicians first recognized autism, becoming more fluid. This can add to the uncertainty surrounding the disorder, especially when people try to find the difference between autism and Asperger’s, its less severe relative.

One of the most confusing parts about the two conditions is where one ends and the other begins. While the Centers for Disease Control still classifies three main types of ASD, the latest revision of the Diagnostic and Statistical Manual of Mental Disorders shows a diagnosis of autism spectrum disorder (ASD), which replaced autistic disorder, Asperger’s disorder, childhood disintegrative disorder, and pervasive developmental disorder. This created an overall umbrella for ASD under which doctors diagnose children in terms of the severity of their social, communication, and behavioral symptoms.

So how do you tell the difference? It turns out it’s not that complicated.

A key symptom of severe ASD is a communication deficit. A delay in, or total lack of, language skills can occur in severe autism cases — 40 percent of those diagnosed never speak. Of those who do, many faceother challenges, including repetitive use of language and difficulty starting or maintaining conversations. A person with autism can find it difficult to understand another person’s perspective in a conversation. For example, when someone uses humor or sarcasm, an autistic person may interpret their words at face value, rather than understanding the implied meaning.

Especially at a young age, autistic children sometimes use methods other than speaking to communicate. Hand gestures, staring, reaching, and even crying are ways small children with autism many attempt to communicate.

People with Asperger’s, or mild ASD, don’t have these language delays. While severely autistic children can be viewed as aloof or uninterested in others, kids with Asperger’s are often the opposite. They tend to want to interact and fit in with others, but don’t know exactly how to do so. Oftentimes children with Asperger’s have significant language skills, but use their words in different ways. They may appear socially awkward and not take implicit societal cues very well.

“I think depression may be more of a problem with Asperger’s syndrome,” said Simon Baron-Cohen, the co-director of the Autism Research Centre in Cambridge, England. “People with classic autism may be much more focused on their own private world and unaware of what they are missing out on.”

Another major difference between severe and mild ASD concerns cognitive ability. Autistic individuals can sometimes experience severe intellectual disability manifesting in a below-average IQ. A clinically significant cognitive delay excludes someone from being categorized as only mildly autistic. But ASD occurs at all intelligence levels, though sometimes cognitive abilities can develop unevenly — a child with mild ASD could be very skilled in mathematics, but have weak abstract thinking abilities.

Savant skills, a la Dustin Hoffman in the film “Rain Man,” have become a frequent representation of autism in popular culture. These special skills, usually mathematical, memory, or artistic abilities, do occur. They’re rare, however, as only about 10 percent of people with ASD display some remarkable skill.

Overall, anyone who falls on the ASD spectrum is bound to display certain characteristics: differences in communication and social functioning, and unusual behavior — but these things are much less noticeable among those with Asperger’s.

7 Black Celebrities You May Not Know Have Sickle Cell Anemia