Fuzzy favorites Grover, Abby and Elmo are joined by their newest muppet pal, Julia, a character with autism, in Sesame Street Workshop’s new nationwide initiative.Launched Wednesday morning, Sesame Street and Autism: See Amazing in All Children aims to reduce “the stigma of autism” with the introduction of the first muppet with autism.

The initiative, created for communities and families with children ages 2 to 5, includes a free downloadable app that incorporates video, digital story cards designed to make daily life tasks easier for families of children with autism and storybook materials for providers, organizations and caregivers.

“Children with autism are five times more likely to get bullied,” senior vice president of U.S. social impact, Dr. Jeanette Betancourt, tells PEOPLE. “And with one in 68 children having autism, that’s a lot of bullying. Our goal is to bring forth what all children share in common, not their differences. Children with autism share in the joy of playing and loving and being friends and being part of a group.” 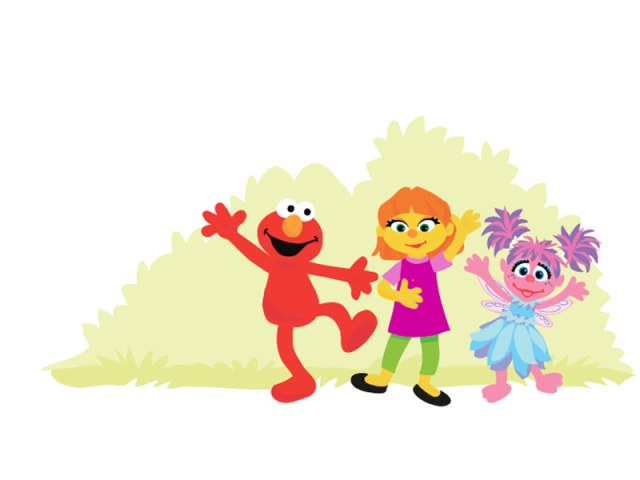 Marybeth Nelson
Looking to highlight commonalities among children instead of focusing on differences, the app and online videos explain what having autism is like from the perspective of a child with autism.

“This is what makes our project so unique,” says Dr. Betancourt. “When we explain from a child’s point of view that there are certain behaviors, such as slapping their hands or making noises, to express excitement or unhappiness, it helps younger children to understand how to interact with their autistic peers. It makes children more comfortable and therefor more inclusive.”

Directed at families with children with autism as well as the general public, Sesame Street and Autism: See Amazing in All Children hopes to educate parents on best practices for everyday stressful situations such as brushing teeth, going to bed and crossing the street. 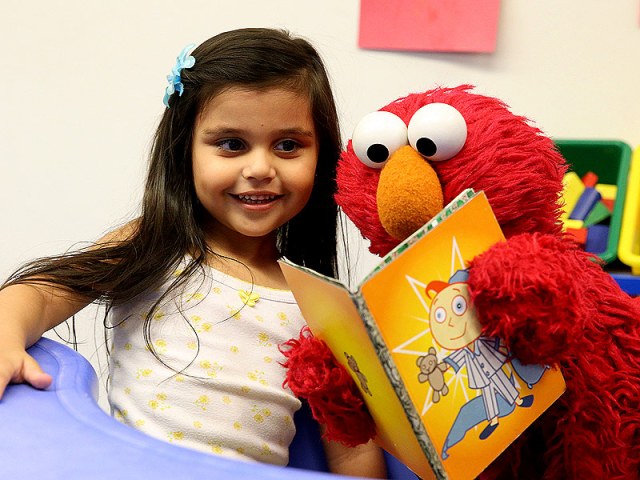 Jesse Grant
“Families with autistic children tend to gravitate toward digital content, which is why we created Julia digitally,” executive vice president of global impacts and philanthropy, Sherrie Westin, tells PEOPLE. “We want parents and children to understand that autism isn’t an uncomfortable topic.

In the storybooks, Julia explains to her Sesame Street friends how she likes to play a little differently from them.

“If you’re five years old, and see another kid not making eye contact with you, you may think that child doesn’t want to play with you. But that’s not the case,” says Westin. “We want to create greater awareness and empathy.” 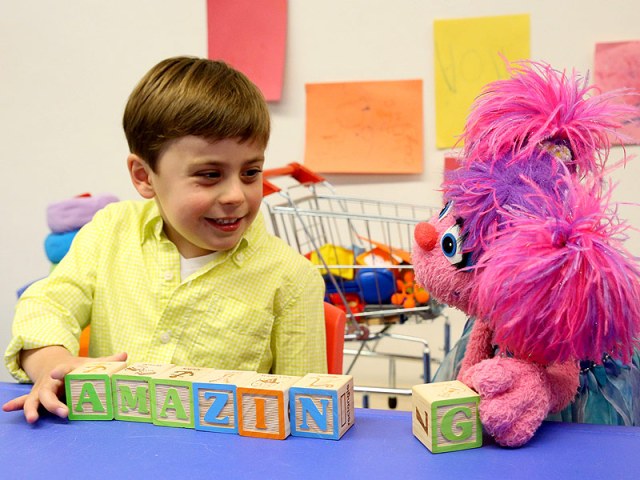 Jesse Grant
Researches worked for three years developing the initiative and hope it will ultimately bring people together.

“Some people don’t even know whether they’re even supposed to say the word autistic,” says Westin. “By opening up a dialogue we are trying to get rid of any discomfort or awkwardness, it’s time to increase understanding.”

“We are trying to spread the story about the theory behind this whole thing – love and acceptance,” says Dr. Betencourt. “Everyone is touched by autism, and by creating Julia, Sesame is bringing children together.”

7 Things You Need To Know About Lyme Disease And Your Chances Of Getting...